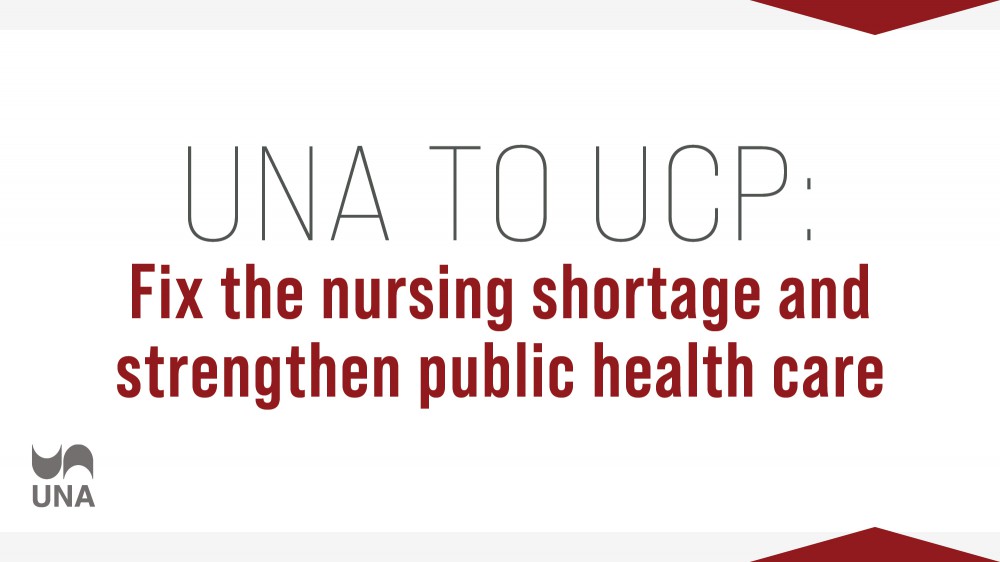 United Nurses of Alberta acknowledges that the provincial budget released yesterday does not reduce health care spending, but the union has concerns about how those dollars will be spent – including plans by the United Conservative Party government to subsidize private for-profit surgical companies.

“After two years on the front lines of the COVID-19 pandemic, Alberta’s nurses are looking to the government to strengthen public health care and fix the staffing crisis that has impacted patient care in every region of Alberta,” said UNA President Heather Smith.

UNA remains deeply concerned that the UCP government is using a significant amount of public funding to subsidize for-profit surgical companies through the “Alberta Surgical Initiative,” rather than addressing the real issues facing the health care system like short-staffing.

“Instead of looking for ways to subsidize for-profit surgical companies, the government should focus on increasing the capacity of the existing fair and efficient public health care system,” Smith said. “This is not ‘the best possible value for our tax dollars.’”

Smith pointed to a similar private surgery program in Saskatchewan that has resulted in longer wait times for patients and a high-profile for-profit surgical company in Calgary that went bankrupt a decade ago, leaving the public health care system to pick up the pieces.

“When there is a limited number of nurses and surgeons and you pull some from the public system, it doesn’t improve access, it tends to increase wait times,” Smith said. “Alberta should invest in public health care, rather than looking for ways to subsidize for-profit surgical companies.”

“The public system can meet our needs if we invest in it,” she said.

While Finance Minister Travis Toews recognized the remarkable contributions of Alberta’s nurses during his speech, his words would be more meaningful if the budget included a plan to address the current staffing crisis and improve retention and recruitment of nurses in all regions of the province.