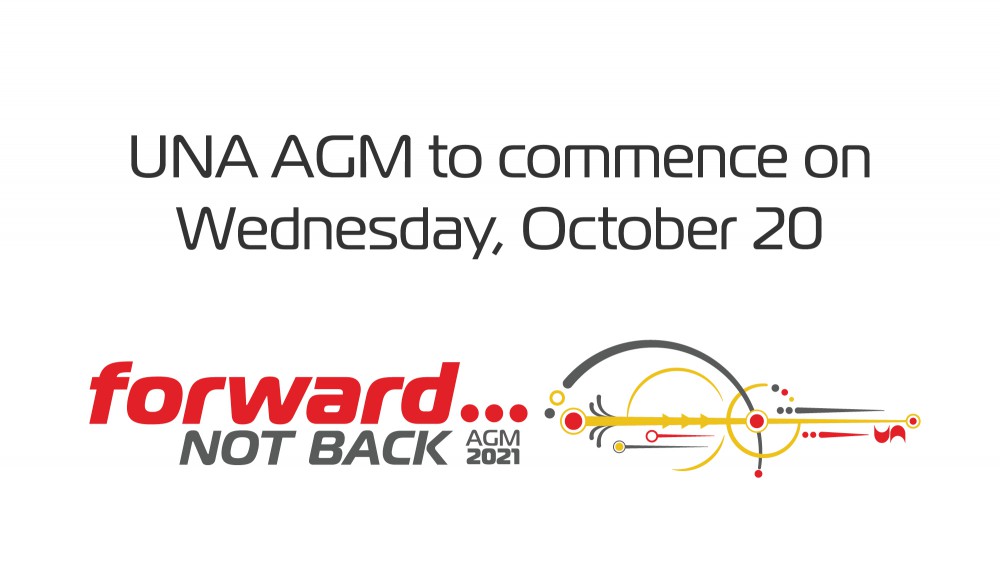 “
There will be elections for all four of the union’s Executive Officer positions as well as for district representatives this year at the virtual meeting.
”

There will be elections for all four of the union’s Executive Officer positions as well as for district representatives this year at the virtual meeting, which will operate on a slightly shortened schedule from a normal year because of the COVID-19 pandemic.

Since the 2020 AGM was cancelled because of the pandemic, delegates to this year's AGM will consider a constitutional amendment proposed by the UNA Board that would change the next terms served by the President and Second Vice-President to one year, and those of the Secretary-Treasurer and First Vice-President to two years. After that, elections for those positions would be for two-year terms on alternating years, as has been the practice in the past.

There will also be elections for district representatives and some other union positions.

Delegates, observers, staff members and others will participate in the AGM online.

The theme of this year’s AGM is Forward … not back!

Business on Wednesday morning will include an overview of the union’s budget and debate of constitutional resolutions. In the afternoon, there will be speeches by candidates and an opportunity for delegates to ask questions of the candidates.

Thursday morning, delegates will receive greetings from Linda Silas, president of the Canadian Federation of Nurses Unions, and return to the consideration of constitutional resolutions.

In the afternoon, there will be a forum on issues facing the union’s locals, as well as committee and executive officer reports.