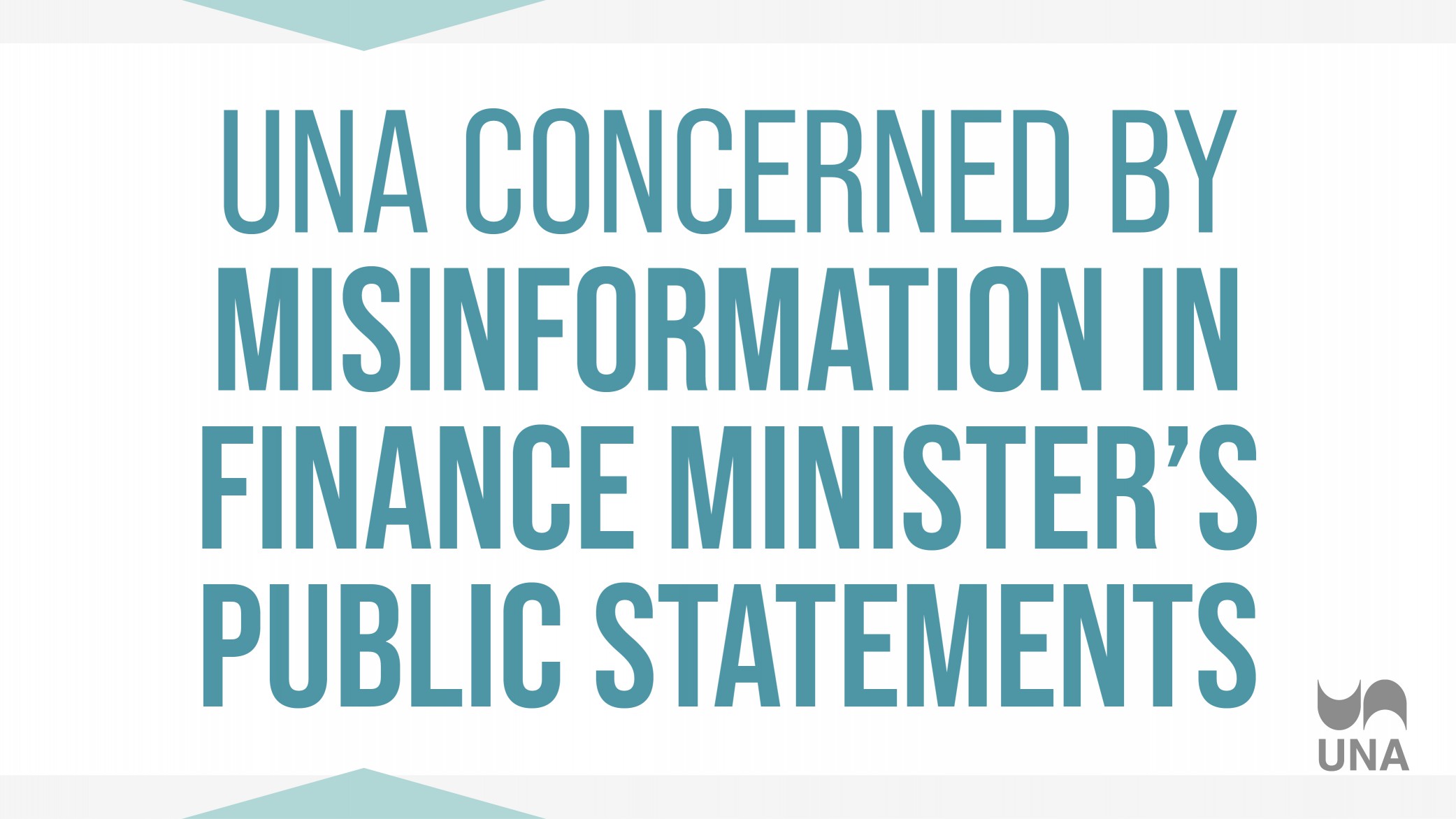 United Nurses of Alberta is deeply concerned by misinformation contained in formal statements issued by Finance Minister Travis Toews on August 11 and 13 regarding negotiations for a new collective agreement between Alberta Health Services and UNA.

Both statements were published on the government’s website and distributed to media.

Minister Toews’s August 11 statement indicated AHS negotiators had proposed informal mediation to help the parties reach a settlement and stated incorrectly that “union leadership declined the offer.” It is categorically untrue that the UNA bargaining team declined to participate in informal mediation.

Under Section 64 of the Alberta Labour Code, either side may request mediation – formal or informal. The process is explained on the government’s webpage.

At the start of bargaining on August 5, UNA received a letter from AHS proposing informal mediation under Section 64 of the Labour Code. A copy of that letter can be read by clicking on the link at right.

In bargaining on August 5, UNA indicated to the AHS bargaining team that it did not believe informal mediation would be useful because, the employer, acting on on the government’s instructions, indicated it is not prepared to modify its position. However, UNA told the employer there was nothing stopping it from applying on its own and indicated the union would not see such an application as a provocation.

After a caucus, AHS negotiators returned and said they would not be applying for informal mediation.

In his August 13 statement, the minister modified his claim about the mediation application to say AHS would make an individual application for mediation and went on to say the UNA Bargaining Committee has rejected a joint application. The minister’s statement also indicated seven of the last eight collective agreements between AHS and UNA – including the agreement in 2017 – were reached in mediation. This is misleading,

AHS and UNA did not use Section 64 mediation in the 2017 round of bargaining, and the process has not been used for many years. Also, as seen in the attached letter, AHS never requested a joint application.

Government statements obviously intended for media consumption in bargaining are not helpful to resolving the differences between the employer and its unions. False statements made by the minister are an additional impediment to successful bargaining.

To date, despite the finance minister’s August 13 statement, AHS has not yet applied for informal mediation.