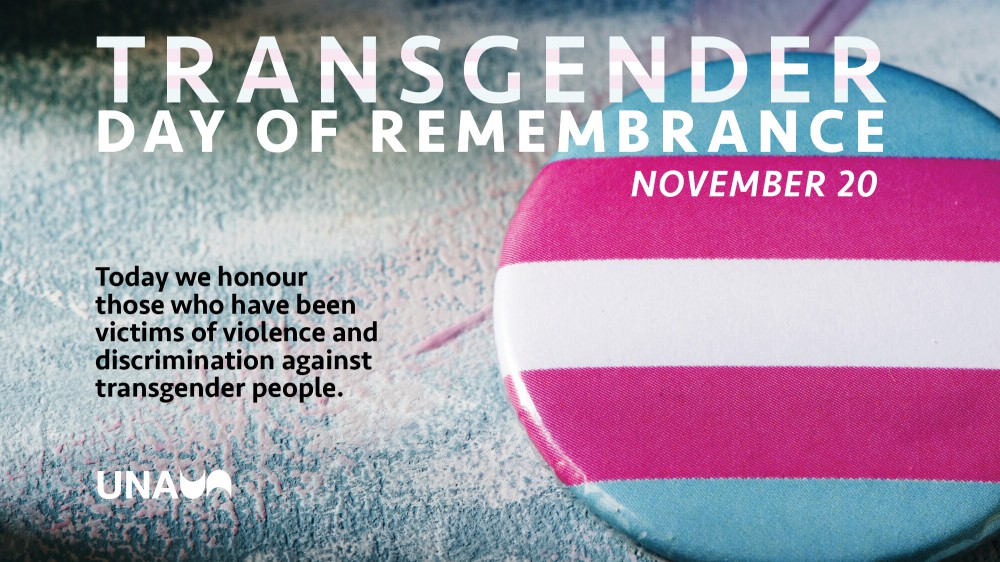 Today, United Nurses of Alberta honours and remembers those who have been victims of violence and discrimination against transgender people.

Transphobia, trans misogyny, and other forms of violence, including racism against Black, Indigenous, and racialized Trans people, have no place in Alberta.

Transgender Day of Remembrance was founded in 1999 to memorialize the murder Rita Hester, a Black Trans woman, in Allston, Massachusetts.