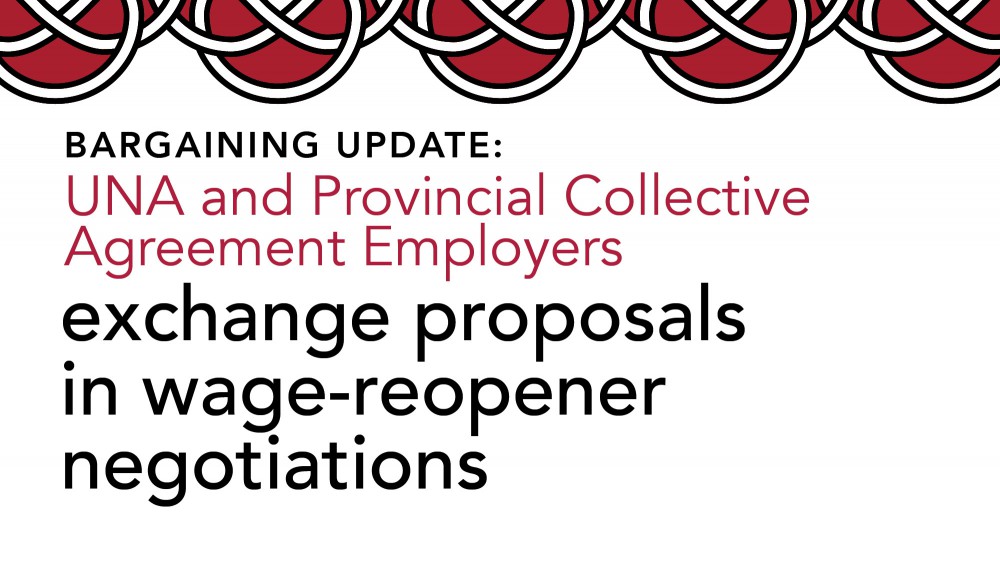 UNA's proposal was based on input from UNA members and consideration of inflation rates for 2017 and 2018, as well as associated loss of purchasing power during the same period.

The Employers have proposed no adjustment to the salary appendix.

• No further dates set at this time.

FYI - the current Collective Agreement was ratified one year ago, February 15th, 2018.