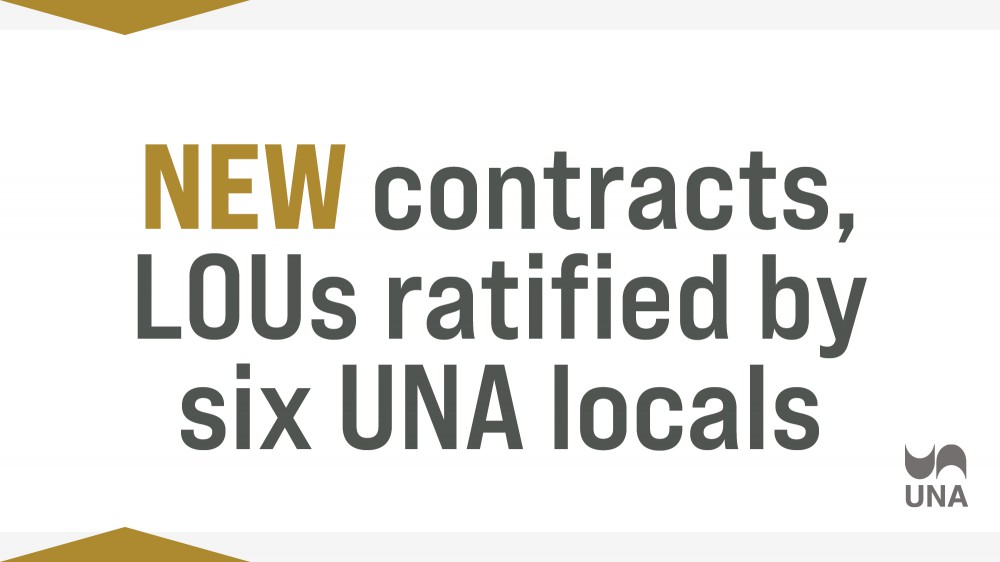 United Nurses of Alberta members at six worksites recently ratified new collective agreements or letters of understanding with their employers.

Newly organized UNA members at Prince of Peace Manor & Harbour in East Calgary voted 100 per cent in favour of ratifying a first collective agreement with their employer, Verve Senior Living. Members at this worksite are currently represented by Local 504, a provincially administrated unit of UNA.

UNA thanks the members of these locals for their hard-work and solidarity during these negotiations.