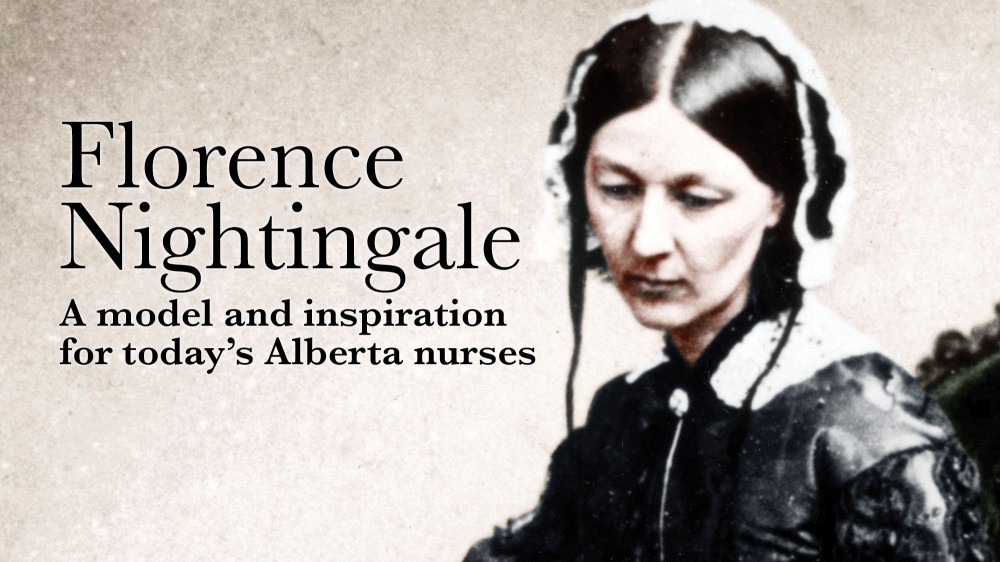 Today is the anniversary of the birth of Florence Nightingale on May 12, 1820.

Born in Italy to a well-off English family and raised on a family estate in England, Nightingale was moved from an early age by the plight of the poor who lived nearby. At 17, she refused marriage to a gentleman “suitable” to her class.

At 24, despite her parents’ forceful objections, she enrolled as a nursing student at a Lutheran hospital in Germany.

In 1850, she returned to England where she took a nursing job at a hospital in Middlesex, now within the city of London. She was promoted to superintendent within a year and, in that role, faced a cholera outbreak on conditions conducive to the spread of the disease. The hygiene measures she adopted significantly reduced the death toll at the hospital.

In 1854, she received a letter from the Secretary of State for War requesting that she organize a corps of nurses of good character to tend to the sick and fallen soldiers of the Crimean War. The nightmare conditions of that war and the lifesaving success of her work became the pivotal moment in her life and career.

The soldiers, moved by her compassion, knew her as “the lady with the lamp” and “the angel of Crimea.” Upon her return to England, her work was honoured by Queen Victoria. In 1860, she established the Nightingale Training School for Nurses.

“The modern nursing profession, of which we are a part, still honours Nightingale’s great contribution to our work and seeks to carry on her example,” said UNA President Heather Smith.

“With the shortage of nurses in Canada and Alberta at a crisis, the Alberta government needs to commit itself to an effort worthy of Florence Nightingale to encourage a new generation of nurses to join the profession,” Smith said.

Florence Nightingale said, “I attribute my success to this: I never gave or took any excuse.” Observed Smith: “There is no excuse for our governments and health leaders not to acknowledge we are now in a crisis caused by a shortage of nurses. There is no excuse not to act.”

Smith also noted that Florence Nightingale said the very first requirement of a hospital is that it should do the sick no harm. “Isn’t it ironic that more than 200 years later, nurses still have to fight to ensure the safety of patients and staff in our hospitals!”

The United Nations declared 2020 to be the Year of the Nurse, marking the birth of Florence Nightingale on May 12, 1820. Ironically, 2020 was also the year on COVID – when it was impressed upon people all over the world how crucial is the role played by the nursing profession.

United Nurses of Alberta represents well over 30,000 Registered Nurses and Registered Psychiatric Nurses working for public and private employers in every corner of our province.