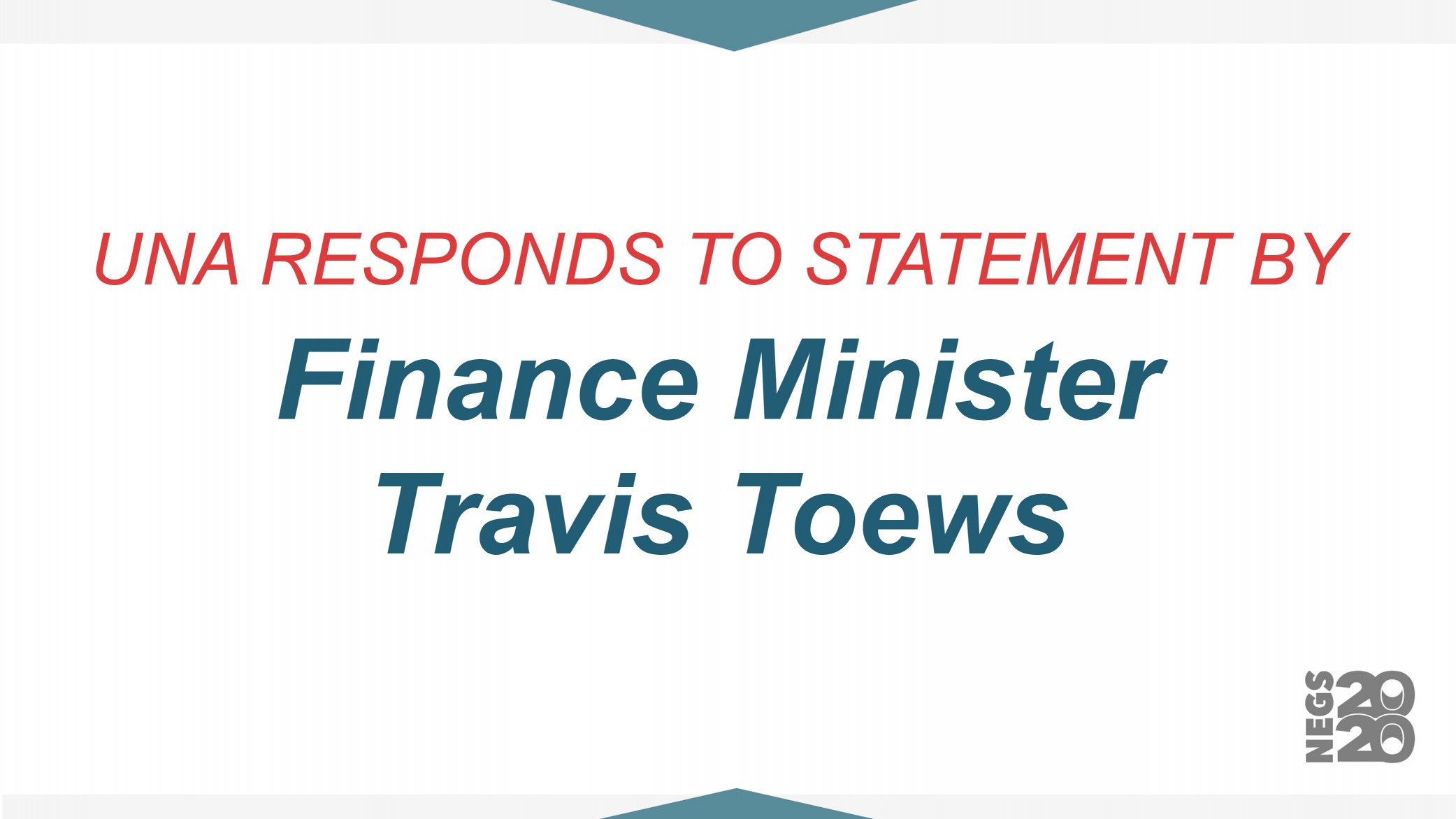 “
Much of the rest of Mr. Toews’s statement, which was issued in response to UNA’s Day of Action information pickets throughout the province today, consisted of justification for the government-directed bargaining position taken by AHS.
”

Contrary to a statement released by Finance Minister Travis Toews this morning, Alberta Health Services chose not to apply for informal mediation in negotiations with United Nurses of Alberta for a new Provincial Collective Agreement.

Mr. Toews was in error when he stated today that “last week, AHS proposed informal mediation to UNA, in an attempt to move towards a settlement agreement. Unfortunately, union leadership declined the offer.”

Under Alberta labour law, either party in collective bargaining may apply for informal mediation. The UNA Bargaining Committee indicated to AHS negotiators they were free to apply if they wished and UNA would not object or view it as a provocation in negotiations.

AHS chose not to do so.

Much of the rest of Mr. Toews’s statement, which was issued in response to UNA’s Day of Action information pickets throughout the province today, consisted of justification for the government-directed bargaining position taken by AHS, which is seeking pay cuts and many other contract rollbacks from the Registered Nurses and Registered Psychiatric Nurses represented by UNA.

AHS is demanding across-the-board retroactive pay cuts of 3 per cent, plus additional monetary cuts that would raise the cost of the rollbacks to an average 5 per cent for UNA members who have already taken six years of zeros. This would amount to about a 12-per-cent reduction in nursing pay.

Mr. Toews also repeated the government’s claim it respects the sacrifice and dedication of Alberta’s nurses throughout the COVID-19 pandemic, which continues. Under the circumstances, with pay cuts and major rollbacks still on the table, this merely compounds the disrespect represented by the position taken by AHS in these negotiations.

Another day of bargaining between UNA and AHS is scheduled Friday.