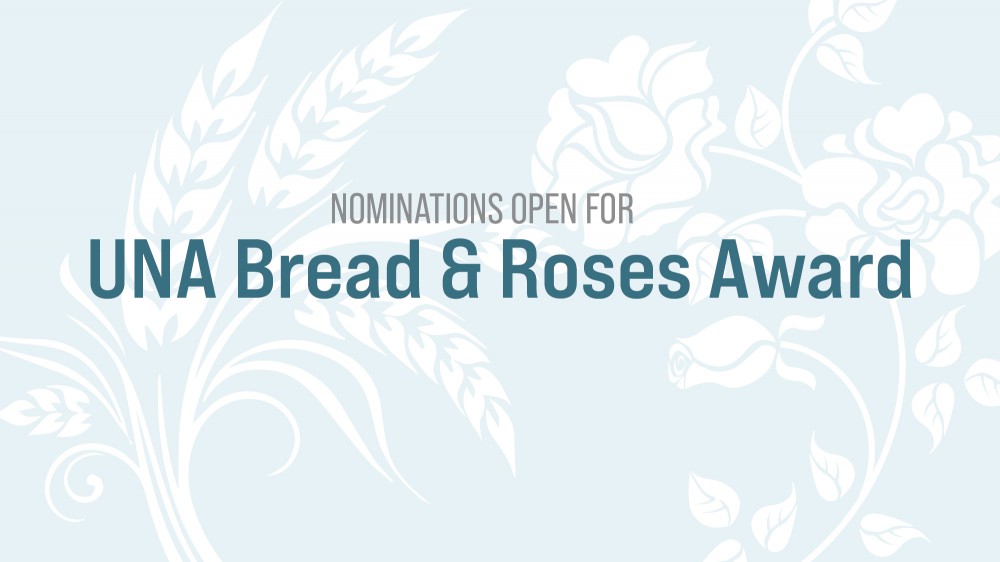 Nominations are now open for United Nurses of Alberta’s Bread & Roses Award, which recognizes members who demonstrate leadership, the true spirit of solidarity, unionism, and the advancement of social justice at the local, district or provincial level.

The deadline to submit nominations for the annual award is September 1, 2021.

Each nomination must be supported by at least two nominators, and all active members in good standing of UNA are eligible to be nominated. Contact nurses@una.ca for a nomination form.

The award recipient will be determined by members of the UNA Executive Board, who will review all submitted nominations after the September 1 deadline. The award winner is chosen by secret ballot at the September meeting of the Executive Board and the announcement is normally made during the Annual General Meeting.

This year’s award recipient will be announced at the 2021 UNA AGM, which will be held virtually this year.

The nomination form requires the nominee’s name, local, current address, as well as the names of two nominators. Relevant accomplishments listed may include involvement by the nominee at the local, district and provincial level, leadership in influencing the growth of UNA through policy development, decision making, public awareness, and work empowering members though mentorship and policy development.

We encourage you to submit the names of UNA members who have inspired you.