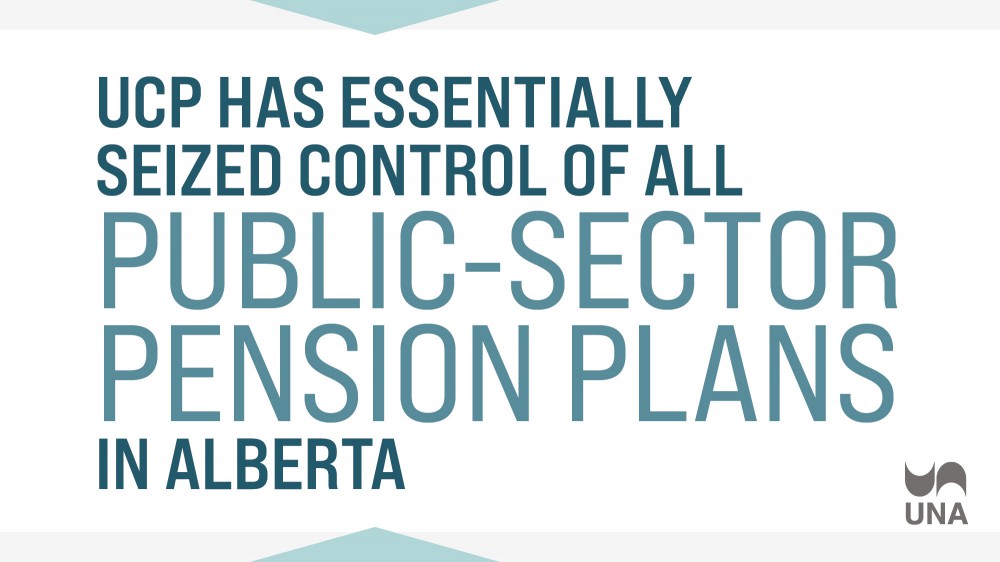 The presidents of the Alberta Federation of Labour, United Nurses of Alberta ,and Alberta’s other large public-sector unions have condemned the Kenney Government’s move to effectively seize control of the pension savings of hundreds of thousands of Albertans.

“It’s not just the teachers’ pension plan that’s subject to the new terms imposed by the finance minister,” said AFL president, Gil McGowan. “They’re also going after the pensions of hundreds of thousands of Albertans working for Alberta Health Services, school boards, municipalities, the provincial government and universities and colleges.”

The union leaders said the Ministerial order issued January 4 by Finance Minister Travis Toews appear to be  intended to finish the work the government started in the fall of 2019 with passage of the Reform of Agencies, Boards and Commissions and Government Enterprises Act.

That act stripped all Alberta public-sector pension boards of the power to choose who would manage their investments, decreeing that the Alberta Investment Management Corp., AIMCo, will be the sole monopoly provider of investment services.

As a result of the orders, not only will Crown-owned AIMCo be monopoly provider of investment management services, it will be able to ignore the wishes of the pension plans when it comes to decisions about how the retirement savings of workers and retirees should be invested.

“It’s like a customer going to an auto dealership and saying ‘I want to buy a red car,’ and the dealership saying, ‘here’s your blue truck,’” McGowan said.

The more than $100 billion in question belongs to the more than 400,000 Albertans who have been using Alberta’s public plans to save for their retirements, not the government or AIMCo, the presidents said.

They said they fear the government wants to use Albertans’ retirement savings to prop up oil and gas ventures that are having an increasingly difficult time raising money from global investors and international markets.

“We are not opposed to all oil and gas investment,” McGowan said, but unions do oppose “the government giving itself the power to invest other people’s money in risky ventures without their permission.”

The union response will include: