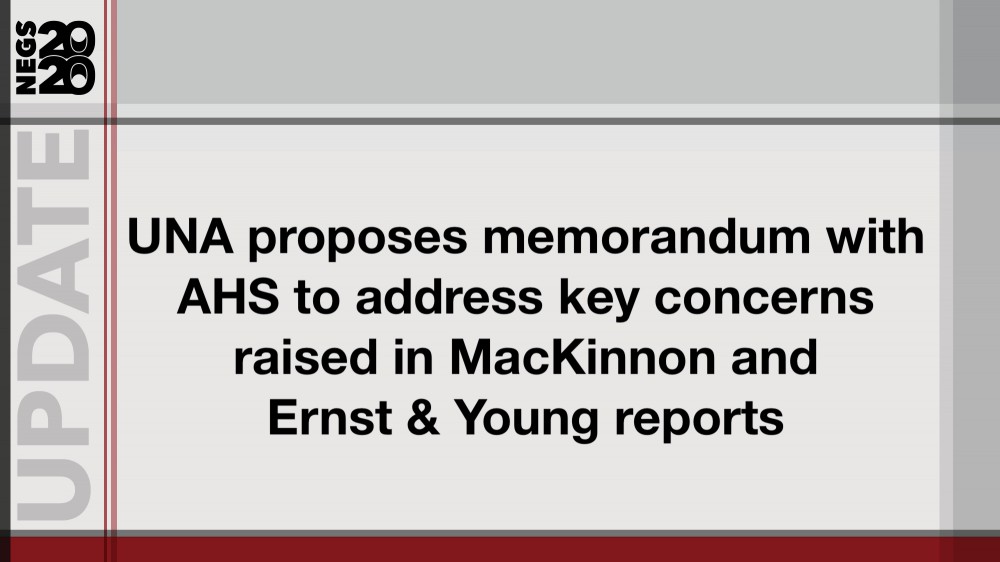 After negotiating in January and February with little progress toward a new Provincial Collective Agreement, UNA tabled the memorandum of agreement during bargaining today. UNA is awaiting a response from Alberta Health Services.

Starting from the understanding both parties desire to ensure continuation of high-quality, sustainable and transparent public health care in Alberta, UNA’s proposal addresses all major concerns identified by the MacKinnon Report on Alberta’s Finances and the Ernst & Young consulting report on the operations of Alberta Health Services in a way consistent with the government’s bargaining mandate to the employer and fairness to UNA’s members.

The UNA proposal deals with overtime pay, the use of part-time employees, nurse-patient ratios, salaries, and recruitment, retention and vacancy management.

“The memorandum of agreement tabled today provides a way to accommodate both the stated concerns of the government and Alberta Health Services and to treat Alberta’s nurses fairly,” he said.