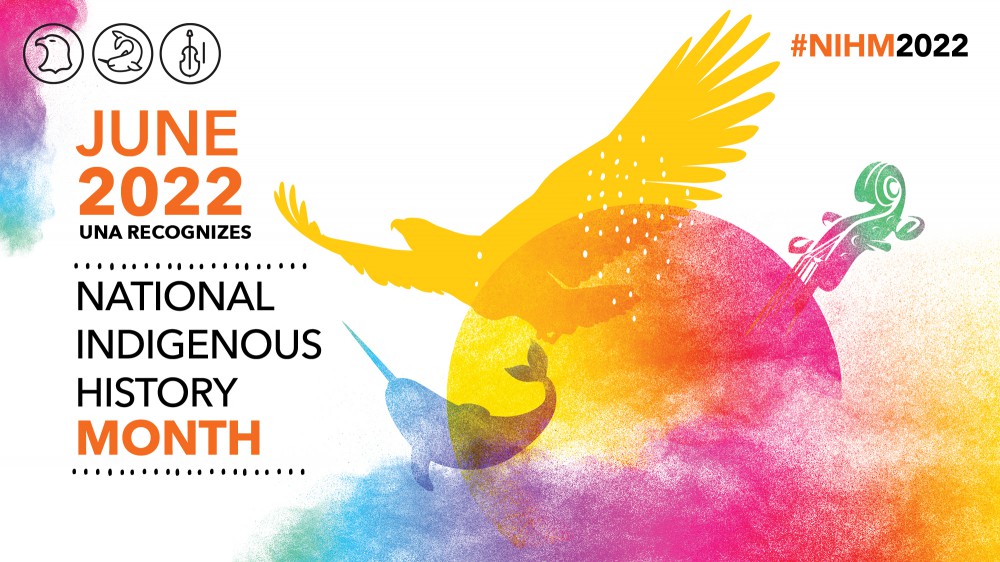 United Nurses of Alberta celebrates National Indigenous History Month in June by honouring the contributions made by First Nations, Inuit and Métis peoples to our union, the nursing profession, our province and Canada.

UNA is proud to represent many nurses of Indigenous heritage, including those employed by the Blood Tribe Department of Health in Stand Off, near Cardston, and by Aakom Kiyii Health Services of the Piikani Nation at Brocket.

We encourage UNA members to learn more about the unique heritage, diverse cultures and outstanding contributions of Indigenous peoples by reading a digital copy of one the books from the Indigenous Reads book list or by exploring a virtual exhibit at your favourite museum.

National Indigenous History Month was first recognized in 2009 with the passage of a unanimous motion in the House of Commons in support of the month-long recognition.

The observance provides an opportunity for all Canadians to learn more about Indigenous people and show their respect for their vast contribution to Canada.

AHS recognizes National Day for Truth and Reconciliation on Sept. 30 as Named Holiday

UNA was pleased to learn last month that Alberta Health Services will recognize the National Day for Truth and Reconciliation on September 30 as a Named Holiday.

The decision, outlined in a letter from AHS dated April 29, represents a settlement to a UNA province-wide grievance regarding the Employer's failure to recognize NDTR as a Named Holiday.

UNA continues to work with other employers to ensure that they recognize the day as a Named Holiday.

On June 3, 2021, the Government of Canada passed Bill C-5 to designate September 30 as new statutory holiday known as the National Day for Truth and Reconciliation. The day commemorates the tragic legacy of residential school system and honours the lost children and resiliency of survivors of residential schools and their families.