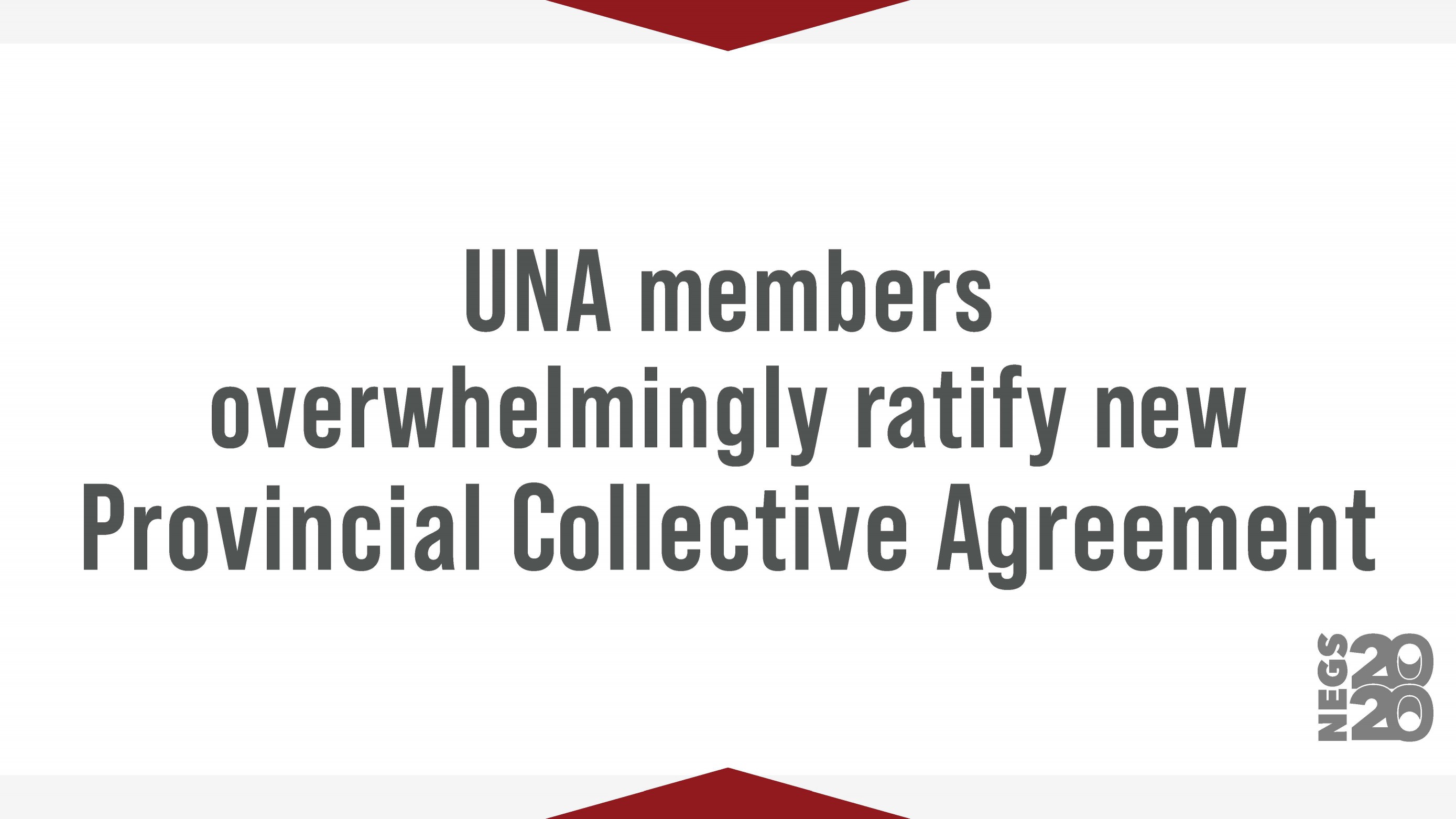 “The Bargaining Committee felt strongly the Mediator’s recommendation issued on December 21 was a fair deal that will benefit our members and also fair to the people of Alberta,” said UNA President Heather Smith this morning. “I am gratified that the members agreed with the bargaining committee’s recommendation and voted by 87 per cent to ratify this agreement.”

The ratification vote for the new contract, formally known as the Provincial Collective Agreement, was conducted using a secure Internet voting application throughout Tuesday and Wednesday to prevent spread among members of the Omicron variant of the COVID-19 virus. Results were calculated this morning.

The ratification by the members of 130 affected UNA locals, whose members make up the bulk of the union’s more than 30,000 Registered Nurses and Registered Psychiatric Nurses, brings to an end one of the most prolonged and arduous negotiations in the provincial nursing union’s 44-year history.

Negotiations began in early 2020 with AHS negotiators demanding wage cuts and many rollbacks to the collective agreement.

“Alberta Health Services’ willingness to move away from its initial demands for wage cuts and to drop its efforts to impose more than 200 rollbacks made this agreement possible,” said UNA Labour Relations Director David Harrigan, who led the union bargaining committee.

In addition to RNs and RPNs employed by AHS and Covenant Health, the agreement covers those employed by Lamont Health Care, and The Bethany Group (Camrose).