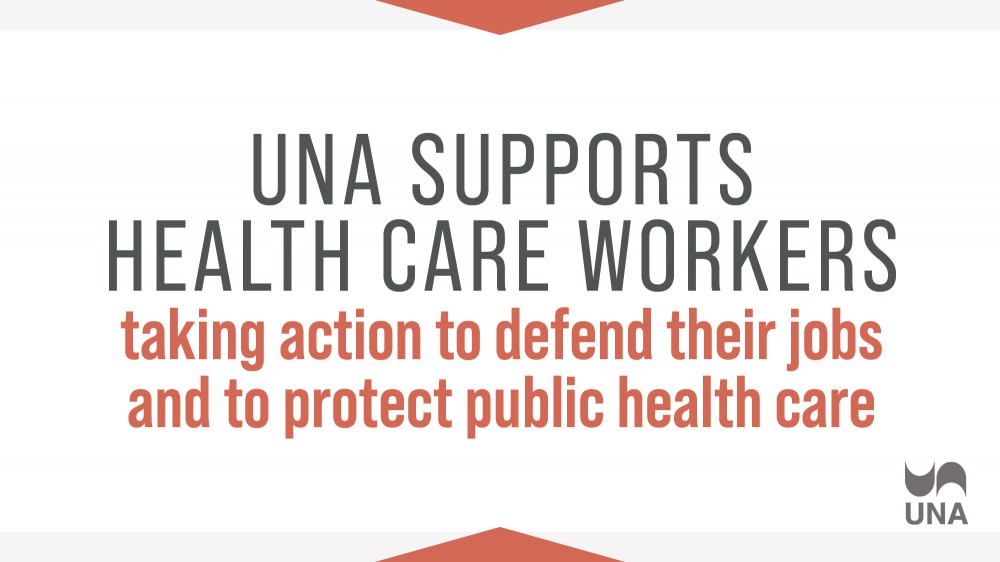 In a political and labour relations environment characterized by a wholesale attack on public health care and health care workers by the Kenney Government, it comes as no surprise to United Nurses of Alberta that workers have responded with job action to defend the health care system and their own jobs.

UNA supports the health care workers who are defending the principle of public health care and opposing the efforts of the Kenney Government to undermine the public health care system and destroy thousands of jobs. UNA members will not do the work of other union members.

UNA members have the right to express their support for their co-workers on their own time and UNA will encourage them to do so. At this time no decision has been made on whether UNA will join the job action.

The Government of Alberta has created this crisis in the midst of a global pandemic when it should be supporting health care workers who are risking their lives to keep Albertans safe.

UNA urges the Kenney Government to put its plans for radical restructuring of health care aside during the pandemic and work calmly for reconciliation with workers throughout the health care system.

UNA will be communicating regularly with its members through its internal communications channels until this situation is resolved.

For more information, see Information for UNA Members and Locals about wildcat and illegal strikes.