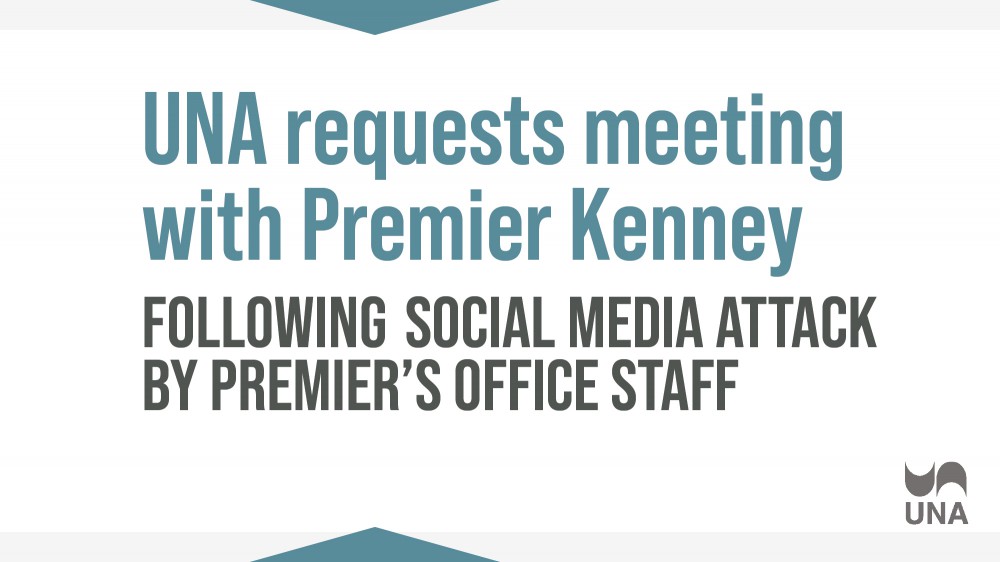 Following United Nurses Alberta’s response to proposed changes to the Health Professions Act by the UCP government, a senior staff member of the Premier’s Office directed a personal attack towards UNA’s First Vice President Danielle Larivee and disregarded the non-partisan feedback she shared on behalf of UNA members.

In response, UNA has sent the following letter and requested a meeting with Premier Kenney.

A screenshot of the social media attack against UNA by a member of Premier Kenney's office staff: