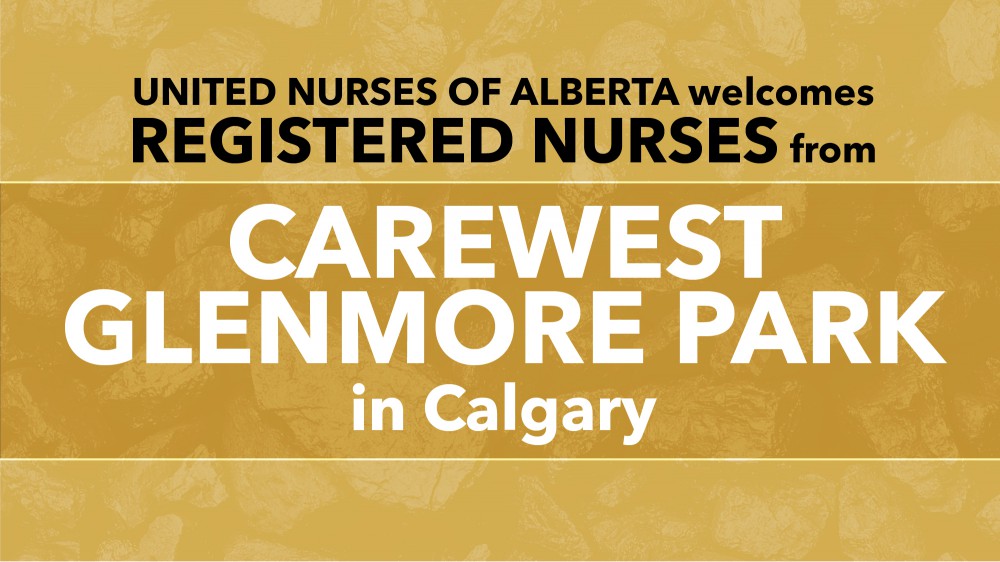 United Nurses of Alberta welcomes Registered Nurses employed by Carewest Glenmore Park in southwest Calgary as the newest members of the union.

The bargaining unit of 60 Registered Nurses voted to join UNA and their application to join the union was approved by the Alberta Labour Relations Board on August 7, 2019.

As soon as possible, UNA will negotiate a first collective agreement for the new members, who before the vote worked without representation by a union. UNA members employed at Carewest Glenmore Park have not yet been assigned to a UNA Local.